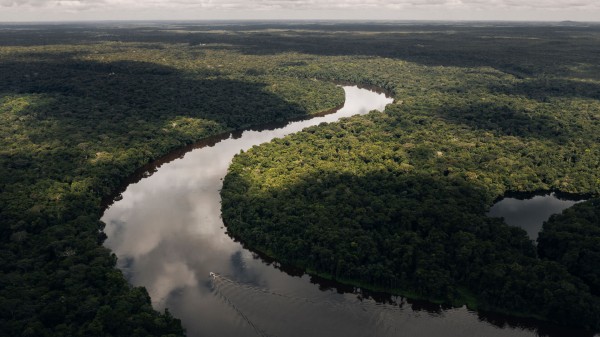 The jungle metropolis of Manaus is the last stop before any Amazon expedition starts. That's where I met Dr. Luiz Claudio Dias and his team in the dermatological hospital. Once a year, the committed doctor travels from there to a protected, inaccessible area where indigenous people live to examine them for leprosy and other skin diseases on the spot. 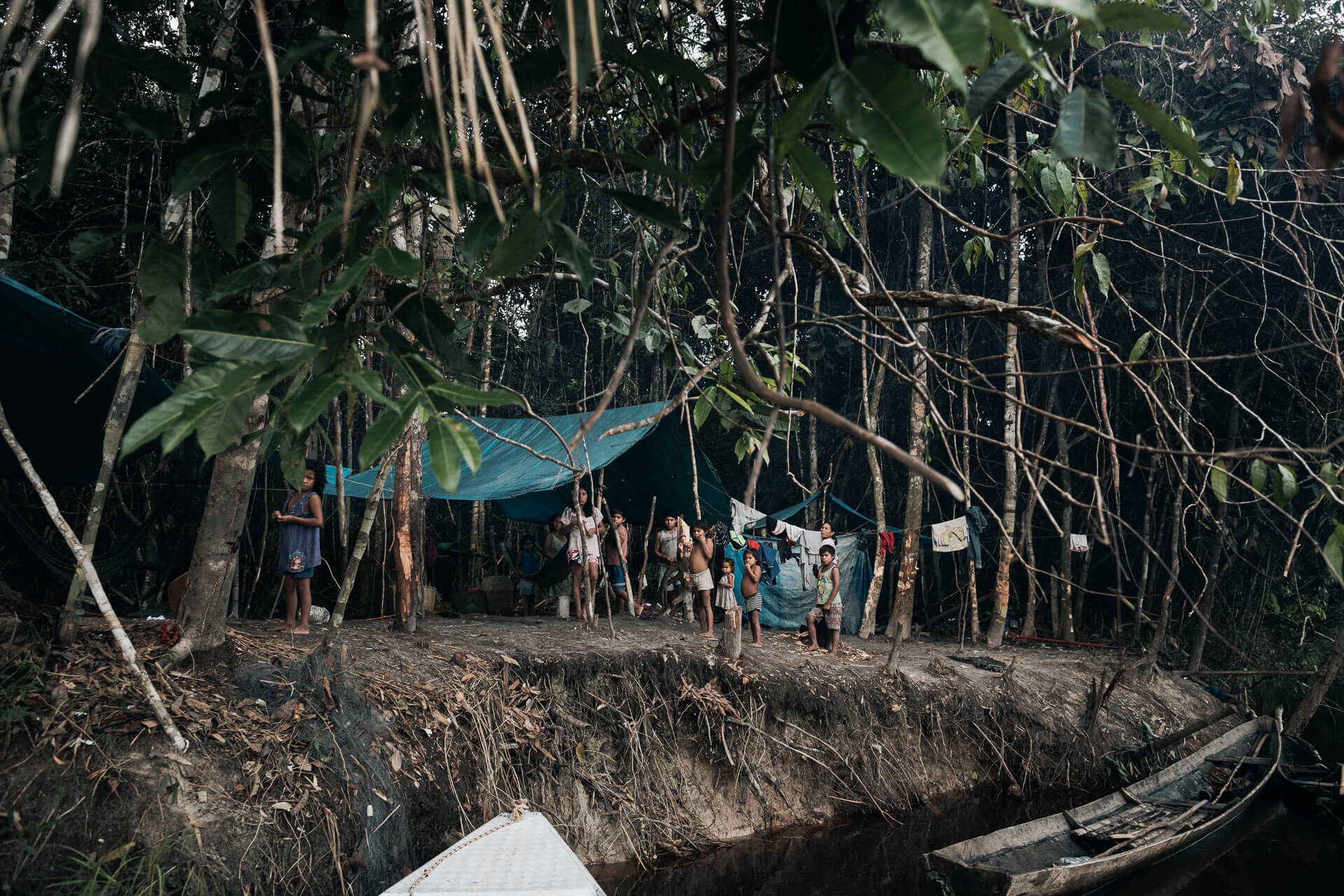 As we were leaving Manaus, it poured so heavily that the small propeller plane which is supposed to bring us to Sao Gabriel da Cachoeira did not get permission to take-off. Two hours later, the plane finally left ground and the adventure begun. We were accompanied by Israel Dutra, an Indian from the Tucano Indian tribe, who will be the translator on our expedition. Israel studies medicine in Manaus and his tribe is extremely proud of him becoming a future doctor.

Apparently, word had already got around that a dermatologist from Manaus was coming. The queue in front of the consultation room in the local hospital was long in the morning. Temperatures were nearly unbearable. The high air humidity was a challenge for all of us. Dr. Luiz meticulously examined every patient for skin abnormalities and carried out all common leprosy tests. 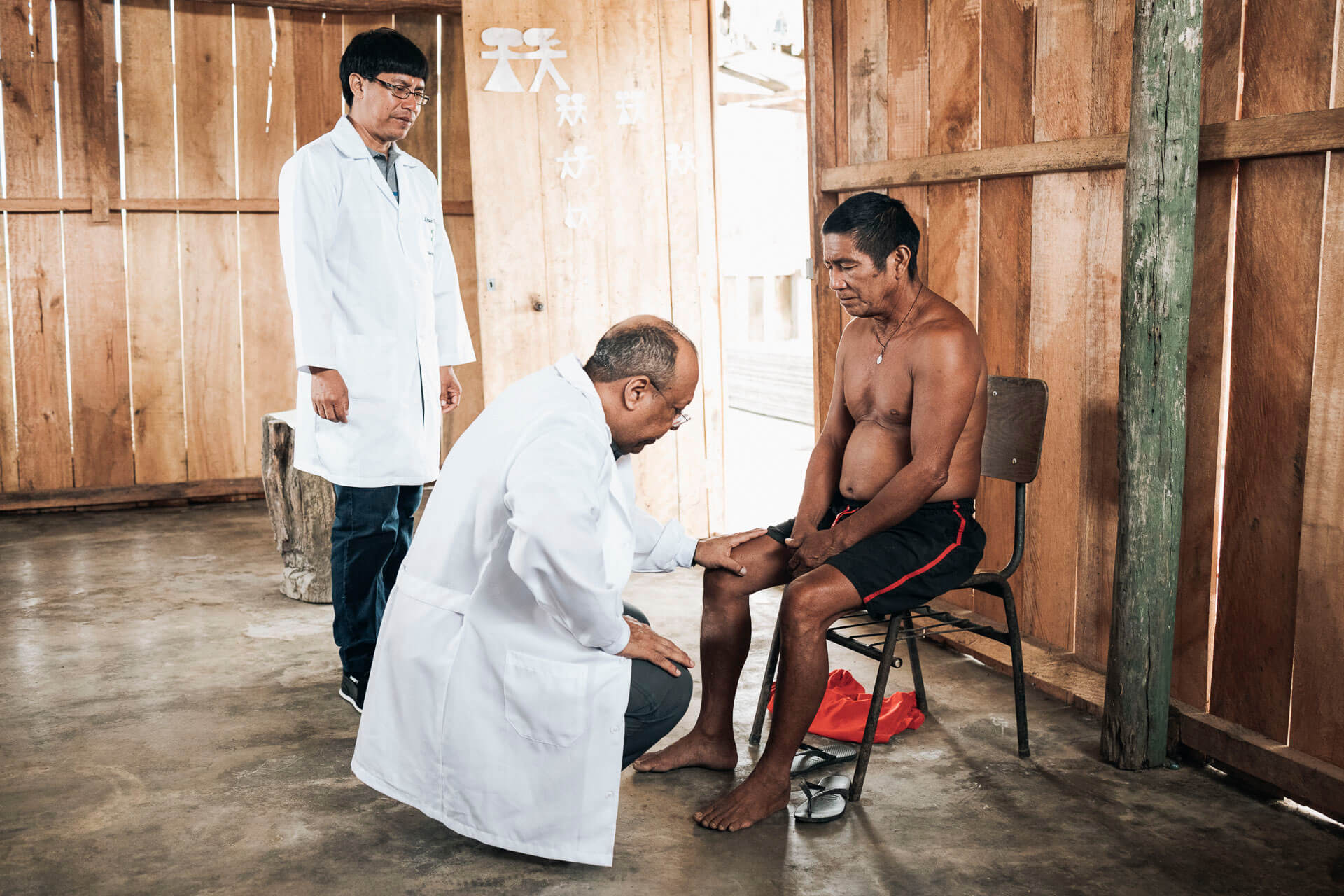 In order to get to remote regions of the Amazon, we had to continue our trip by boat. This is where the real adventure began. Due to the long distance the crew picked one of the faster motorboats instead of going for one with more space and a roof. It wasn't clear to me at this point which drastic consequences this would eventually have. The boat was stuffed to the brim with medicine and food packs for a week. We were then joined by two more doctors. We all had barely enough room to sit with our backpacks between our legs. Every available inch had some equipment in it. Next to us anchored a huge military ship with soldiers watching our every move.

Due to the rainy season, navigating the boat was not a simple task. The water level had risen so much that you couldn't see the big rocks that otherwise protrude out of the water. This is where you need an experienced captain who knows the course of the river like the back of his hand and is able to steer the boat safely through all the perils. The sun burned down on us mercilessly. Every spot of unprotected skin did suffer. 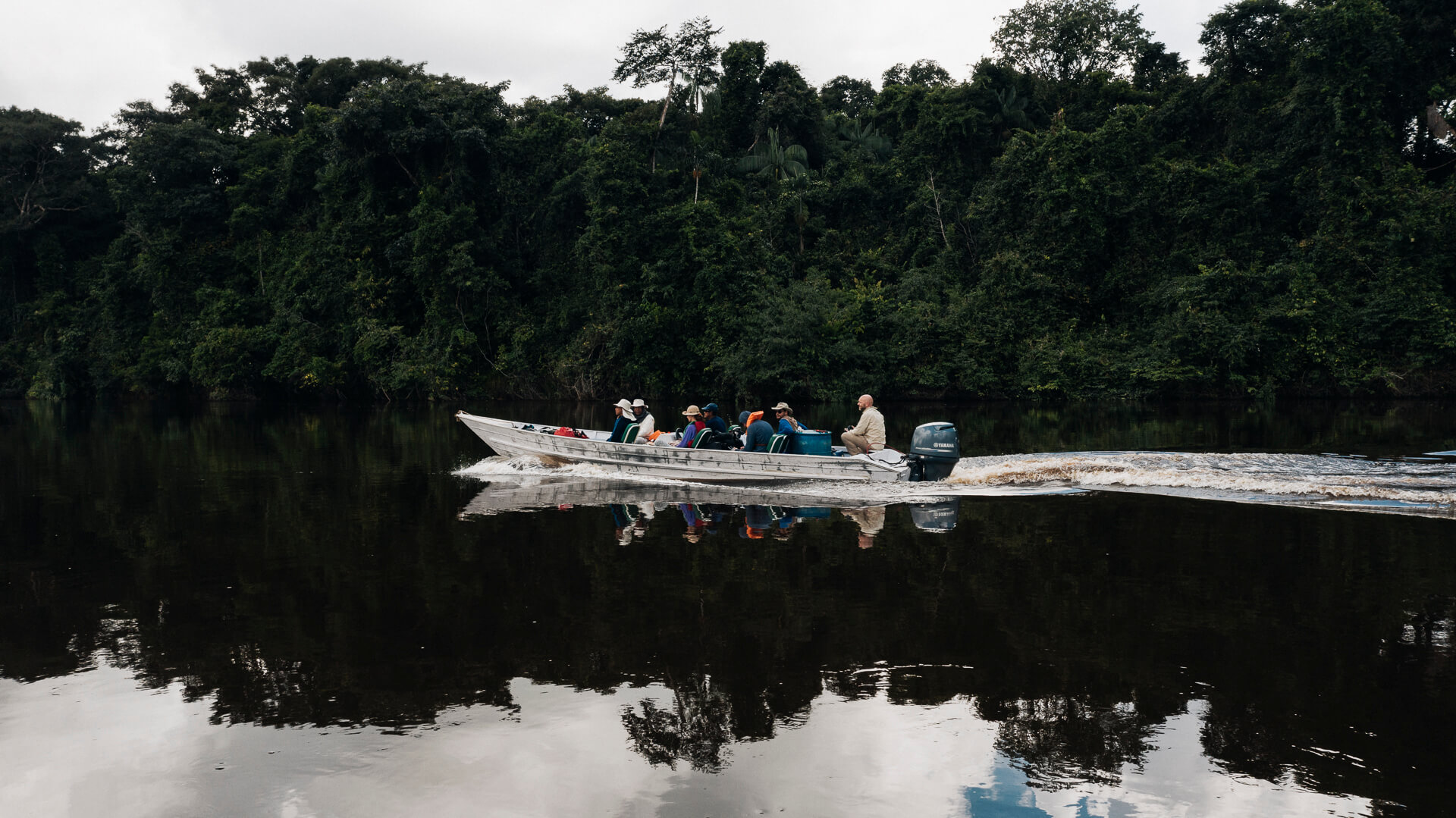 As we were in a protected area for indigenous people, we were repeatedly stopped by the military for checks. Without the permission of FUNAI (Brazil's agency for the development and implementation of measures related to indigenous people), you're not allowed to travel on this stretch of river at all. After a few hours we reached our first destination: Taracuà, a small Tucano Indian settlement on the Rio Negro. Here the first examinations are held that evening before we retreated to our hammocks.

The next morning all sick inhabitants of the village were treated before we continued our journey. A few kilometres upstream a tropical cloudburst surprised us. Within seconds, buckets of water dropped down on us. We huddled together and tried to protect our equipment and ourselves with a plastic tarpaulin. The speed of the boat itself turned every drop of water in an arrowhead. After few minutes we were drenched. However, our trip just like the rain continued for some hours. We couldn't afford a break anymore, we had to reach our destination before nightfall. Sometime that evening we arrived in Pari Cachoeira, exhausted but unharmed. This was the last Brazilian settlement before the Colombian border. 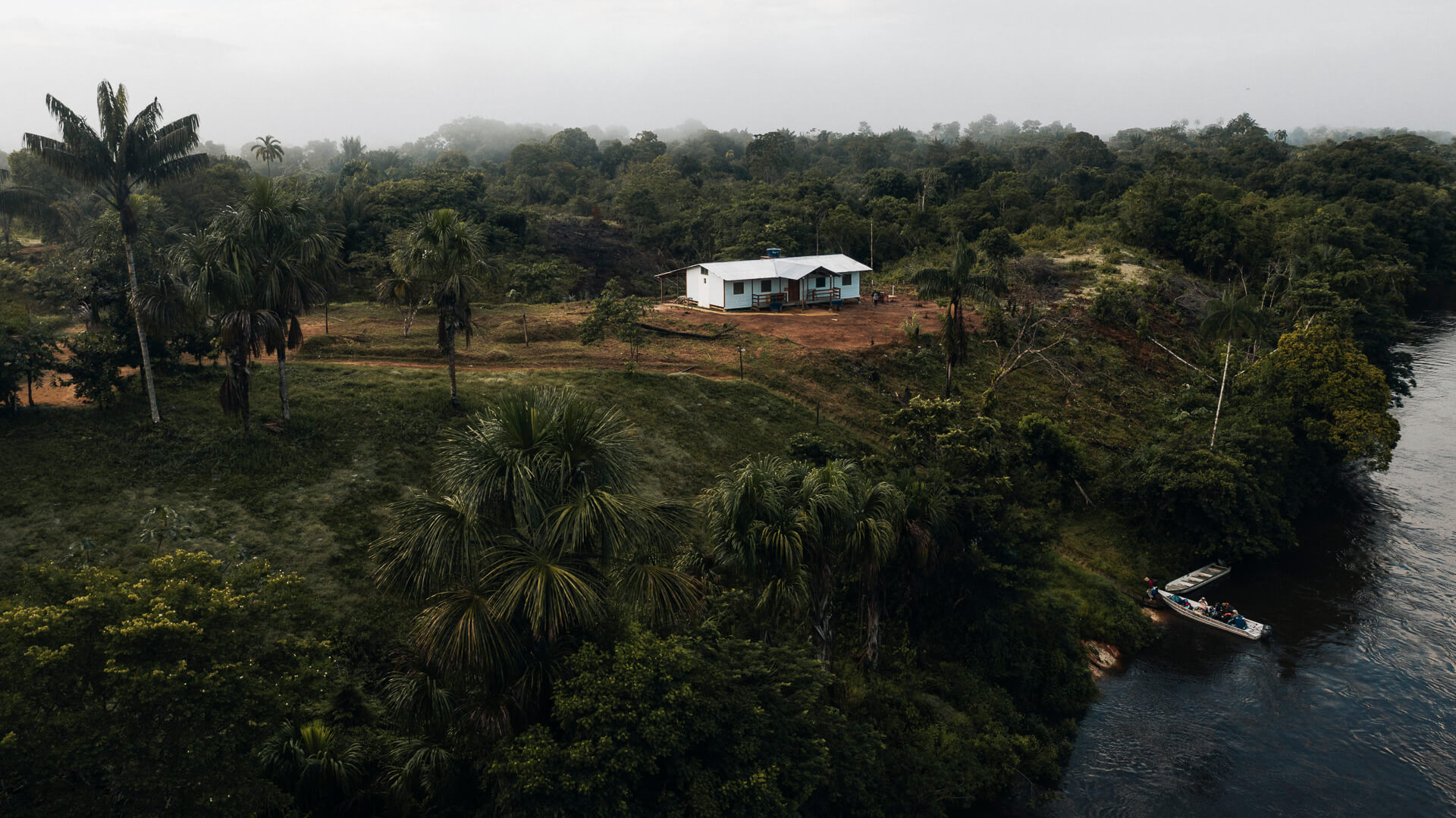 Procedures remained the same each day. I followed and captured the procedures on the spot. Dr. Dias and Israel examined all residents with health issues, while the waiting patients were able to watch the information and educational films about various diseases, offered in the respective tribal language. Leprosy diagnosis is, at first, based on various touch and sensory tests. Many patients see the doctors with conspicuous skin diseases, fortunately only a small amount of them were caused by leprosy. In the past ten years, 37 new leprosy diseases have been detected in this area. During our one-week trip, the team would examine more than 80 patients on behalf of DAHW. Three new leprosy cases were diagnosed.

There are families who live next to garbage dumps. Others live in the middle of the forest with a single fireplace and a pot sitting in a hut made of leaves and branches. Most families work on plantations or make a living from fishing. 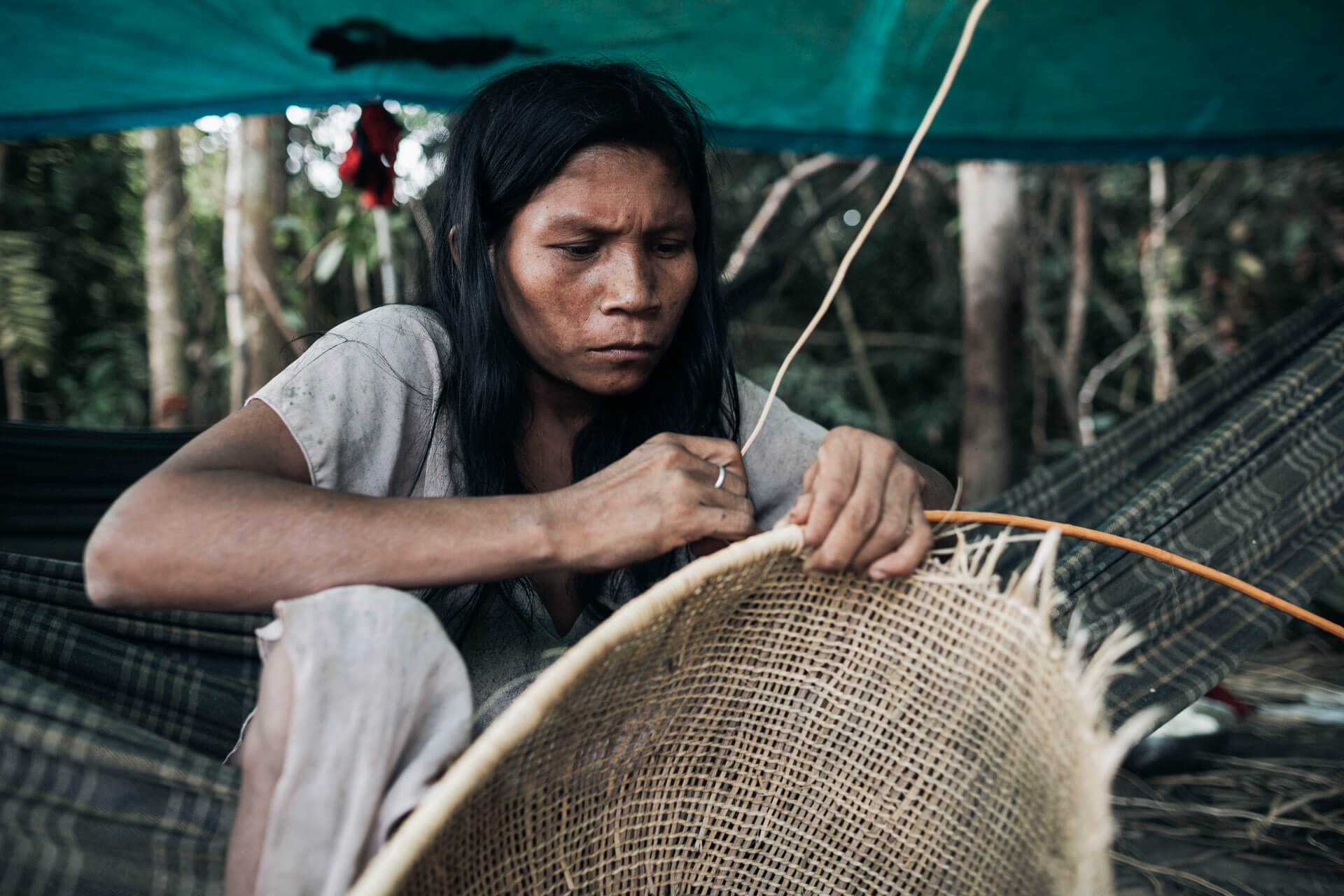 On the last day in Pari Cachoeira we made a trip to the rainforest with the Tucano Indian Narcisso Castelo and his four children. He wanted to show us the jungle and its treasures. Among them is the Acai berry. It grows at the top of the trees. One of his daughters climbed ten meters up to the treetops to pick some of them for us. We talked to Narcisso about old traditions and the uncertainty of his people's future. Afterwards, Narcisso lead us to a wonderful, small waterfall in the middle of the jungle. The much needed refreshment felt great. Although there are piranhas, alligators and anacondas everywhere, the natives encourage us to enter the river without hesitation. If we would stay close enough to the waterfall, none of those animals would harm us :-) 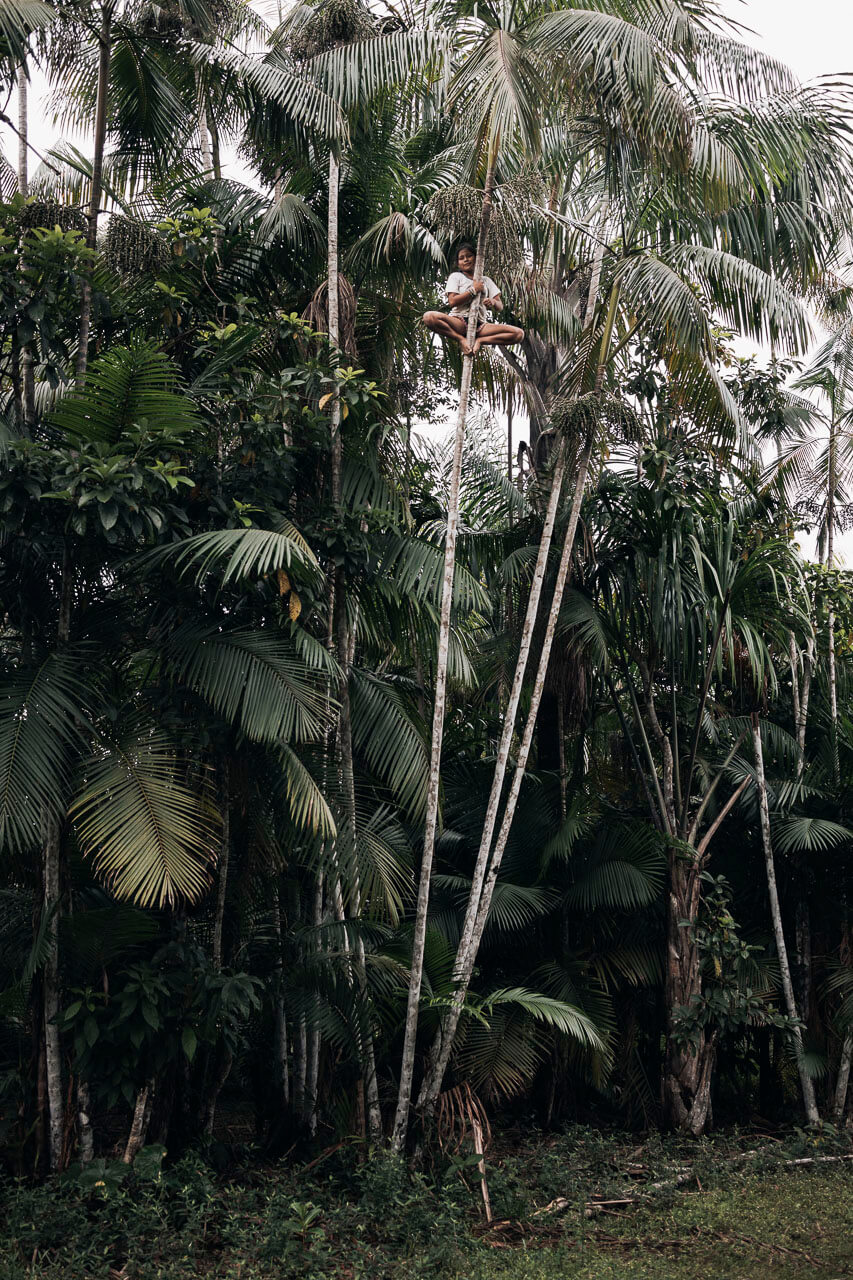 Nature itself seemed also unharmed on that spot. A misleading sight: One fifth of the Brazilian rainforest has already been destroyed, another fifth is badly damaged and does not serve its purpose any longer. Soon the agricultural industry will have wiped out 75 percent of this 55 million year old tropical forest. The current change of government in Brazil at the beginning of this year only adds to this process and poses additional dangers for the remaining rainforest and the indigenous people.

I would like to thank DAHW (German Leprosy and Tuberculosis Relief Association), the Brazilian partner organisation FUNDHANS and FUNAI, the global movement for the rights of indigenous people, for making this trip possible for me. It is a great privilege to travel to this protected area and visit some of the last indigenous people of our time. 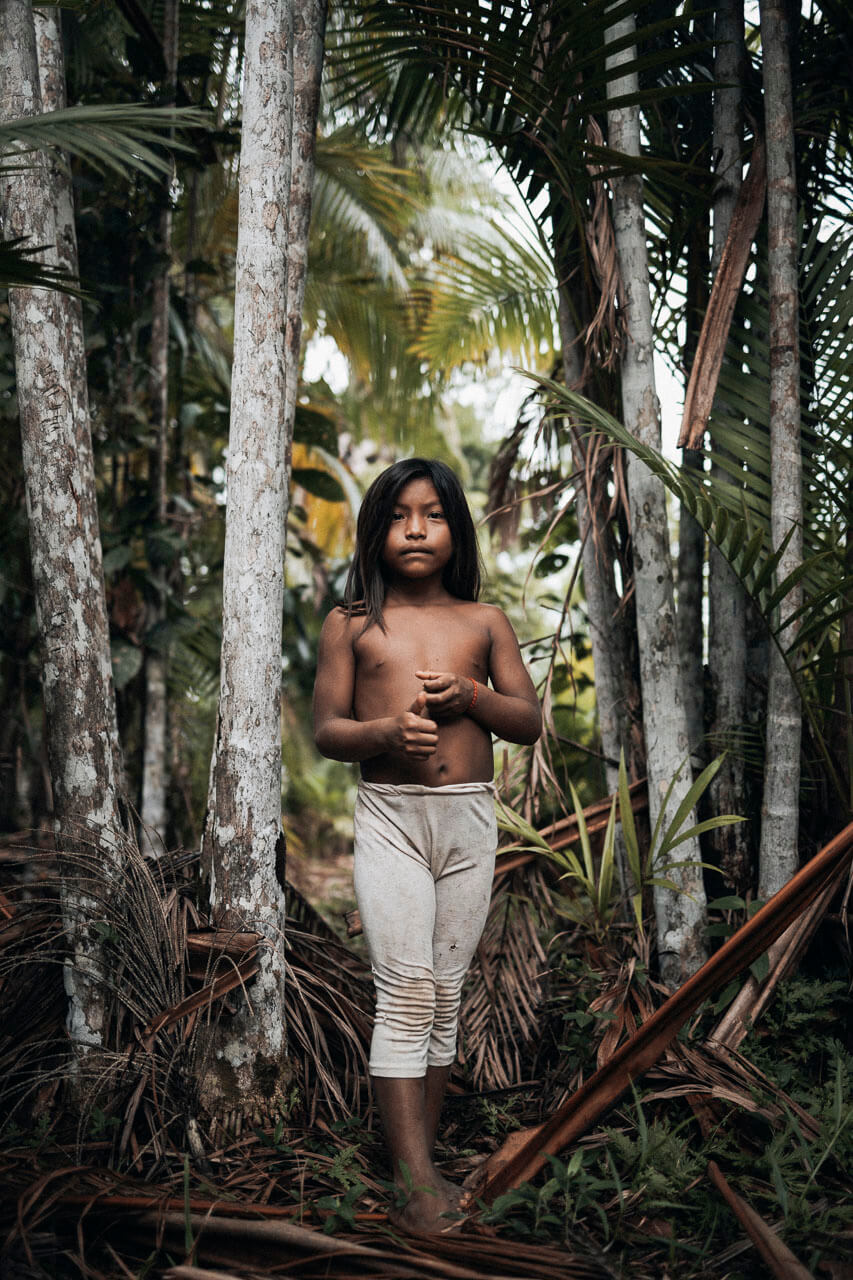 The explorer by compagnon is the perfect photo backpack for me on my adventure trips. It is comfortable to carry, an all around smart design, large storage space, quick access and ingenious protection against pickpockets and the weather alike so this backpack was and still is my ultimate travel companion. With equipment like this adventures are twice the fun!

Check out this amazing video about Mario's expedition and show him some love on facebook and instagram. 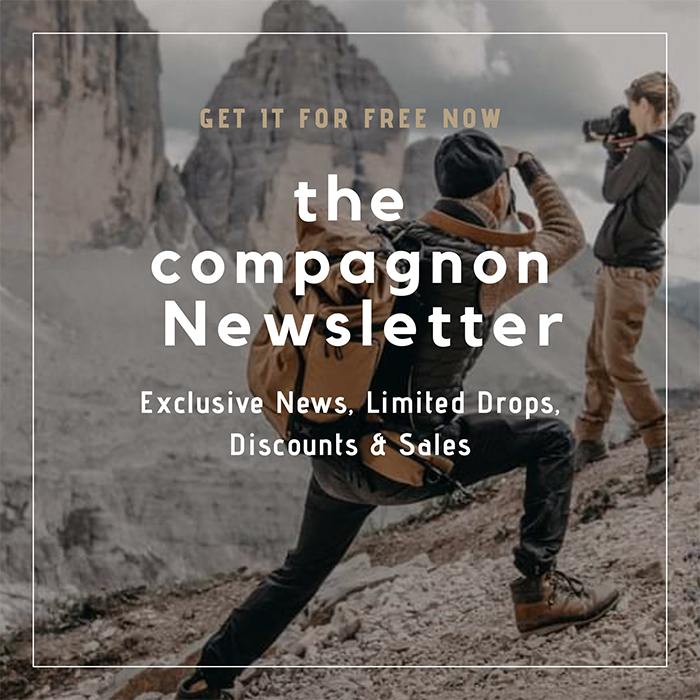